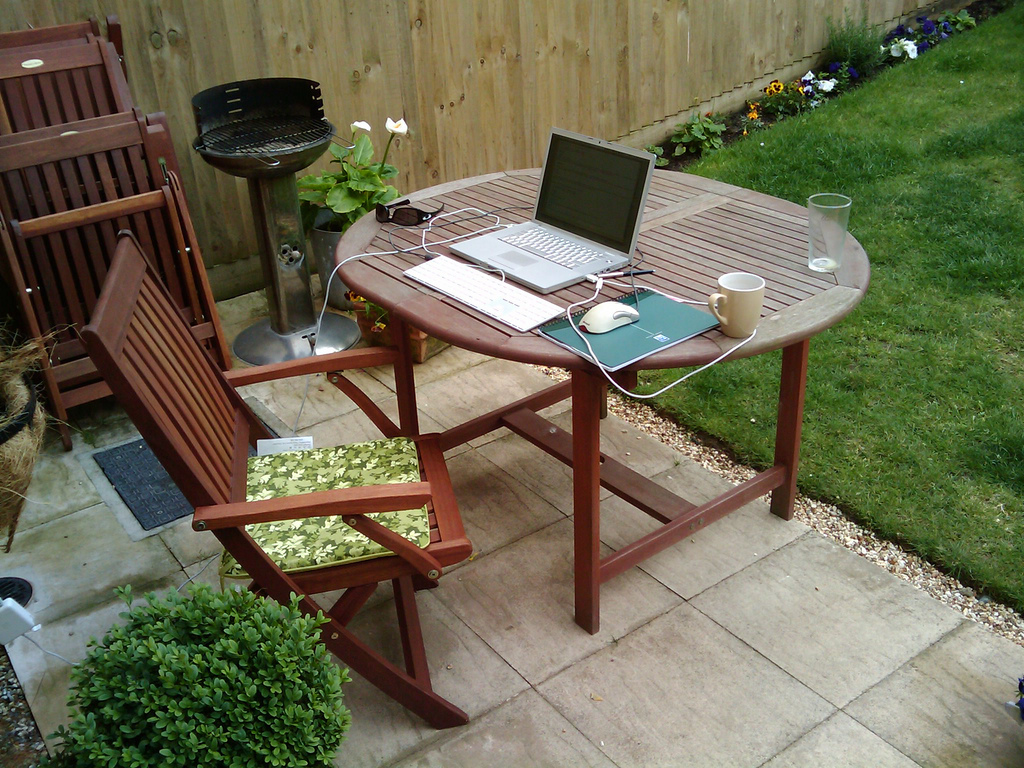 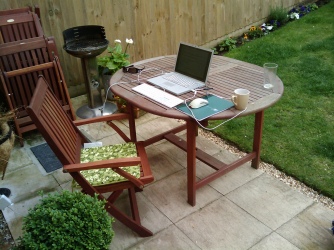 Before I transitioned from consumer products into tech, I was aware that people worked from home.  My mom, who was an IT Director at Sun Microsystems, worked almost exclusively from home for her last three or four years in that position.  When I was in high school, in the late 90s, Sun even arranged for her to have an ISDN line installed in our home so that she could work efficiently from home whenever she wanted.  She did go to the office on occasion, but it was mostly to socialize or because a critical face to face was scheduled.  She was a lot less stressed, and overall, seemed a lot happier when she was able to work from home almost exclusively.  Things changed, Sun was acquired by Oracle and she subsequently retired, but Oracle is also well known in the Bay Area as a company that has a robust population of “remote employees”.

Career longevity was a key factor in my transition from consumer products marketing to tech marketing, but it wasn’t the only reason.  After the birth of my first child, I knew that I wanted to find a position that had more flexibility but wouldn’t penalize me for taking advantage of it.  With tech companies like Cisco, Oracle, Intel, Yahoo! (at the time), and others promoting robust work from home policies that clearly did not impede career growth or promote-ability, I jumped at the chance.

It was scary at first.  My first con-call meeting was difficult.  I heard a lot of people talking, but because I couldn’t see anyone, I had to rely completely on what they said versus facial expressions, body language, and other non-verbal queues.  I felt lonely sometimes, as days could drag by where I wouldn’t see anyone.  And I wasn’t even a 100% remote worker; I came to the office at least two to three times a week if I wasn’t traveling.  But since I was classified as a flex worker, I could move around between floors, work in the cafe, and plan my commutes around terrible traffic hours.

Then, about one year after the birth of my second child, I had an amazing opportunity to take on a position that wasn’t flex or remote.  It was the right career move for me, so I did it.  I had to do it, even at my then current company the pendulum was swinging in the other direction, as new silicon valley leadership started expecting workers to “be in the office” and those with remote or flex jobs could very easily be put on the chopping block.

But what about leaving behind the work from home life?  Here’s what I learned when I transitioned back to being in an office full time.

I didn’t have the endurance, at first.  Waking up early, getting kids out the door, getting dressed (even if it’s just jeans), commuting into an office – and then working all day only to get back into a commute, pick up kids, care for kids, make dinner, take care of household work, and then go back to work to “catch up” in the evenings – takes a lot of energy.  You also have to be “on” at the office.  A grumpy attitude, or even sleepiness, doesn’t fly.  Now repeat that daily schedule 5 times each week. It is exhausting!  When I worked from home all of the following were negated:  commute (1 hour each way), getting dressed (yes, I admit), pushing all household chores to after working hours, always “on” attitude.  May not seem like much but it makes a big difference when you rinse and repeat 5 times a week!

I felt more up to date with what was going on at work.  On the flip side, since I was at work – physically – every day, and so were most of my colleagues, I had a better idea of what was going on.  I could learn things about our organization through osmosis.  I also had a better and quicker understanding of the political lay of the land at work.  These are things that take a long time to grasp when you’re a remote worker.

I got more exposure to management and leadership. Simply by virtue of being in the office, I ran in to management and leadership team members.  I was available for ad hoc meetings and coffee, and I was there in person versus a voice on the phone.  While I wish this wasn’t critical for career progression, I think we all know that in person exposure and management awareness of your contributions is critical.  So, this was a huge benefit of no longer working from home.

It’s more stressful, but not because of your job duties, per se.  Suddenly, time pressure took hold in a huge way: getting ready every morning with two kids in tow, getting them out the door and dropped off on time, fighting the commute to get to work on time, freaked out that a last minute fire or meeting was going to make it hard to pick up the kids on time, having a limited amount of time to get my work done because I could only physically be present for about 8 hours at a time.  Some of these stressors existed even when I was working from home, but not in the same way.  I lost a huge aspect of flexibility like taking my time in the mornings with the kids, or being able work until almost 5:45pm if needed and dash to the daycare by 6pm.  Evenings are just as bad, because once you get the kids and come home, it’s still a mad rush to finish up dinner, homework and bedtime so you can go back to work.

I felt less productive.  I had to figure out how to incorporate an additional two hours a day into a commute.  That was an extra two hours that I used to have to work out, take care of family or personal things, or even work more!  It’s harder to take early morning meetings or late afternoon meetings because they interfere with commute times.  And when working from home, you have a lot of solitude to concentrate on big projects.  At the office, it’s easy to get pulled into conversations and feel distracted by the work environment.  I felt less productive at home too.  I couldn’t toss in loads of laundry during the day, or even run to the grocery at lunchtime.  Prepping dinner during an afternoon break is out of the question.

My work life balance suffered.  Tremendously.  I think I was able to pull off so much work with Asia while having young children because I worked from home so much.  I had swaths of time during the day that I could use to take care of personal or family needs (like making dinner), because I knew that some evenings would need to be dedicated to work.  I could find more time to work out, cook, or take care of myself (and my family).  I could volunteer in my children’s schools for parties or special occasions without it disrupting my work schedule.  On Friday afternoons, leaving the office at 4pm meant that I was with my kids and family by 4:15pm.

The most important part of being a remote worker is working for an organization that supports it and won’t penalize you for it.  I’m lucky, while I’m no longer completley remote, I work for a company that still lets me work from home about once a week or when I need to.  If I had a chance to pick, I’m at a place in my career – as a working parent, in a dual income family, with two young children – I would pick semi-remote work in a position that I’m passionate and excited about.  Hands down.

Have Kids, Will Work

This site uses Akismet to reduce spam. Learn how your comment data is processed.