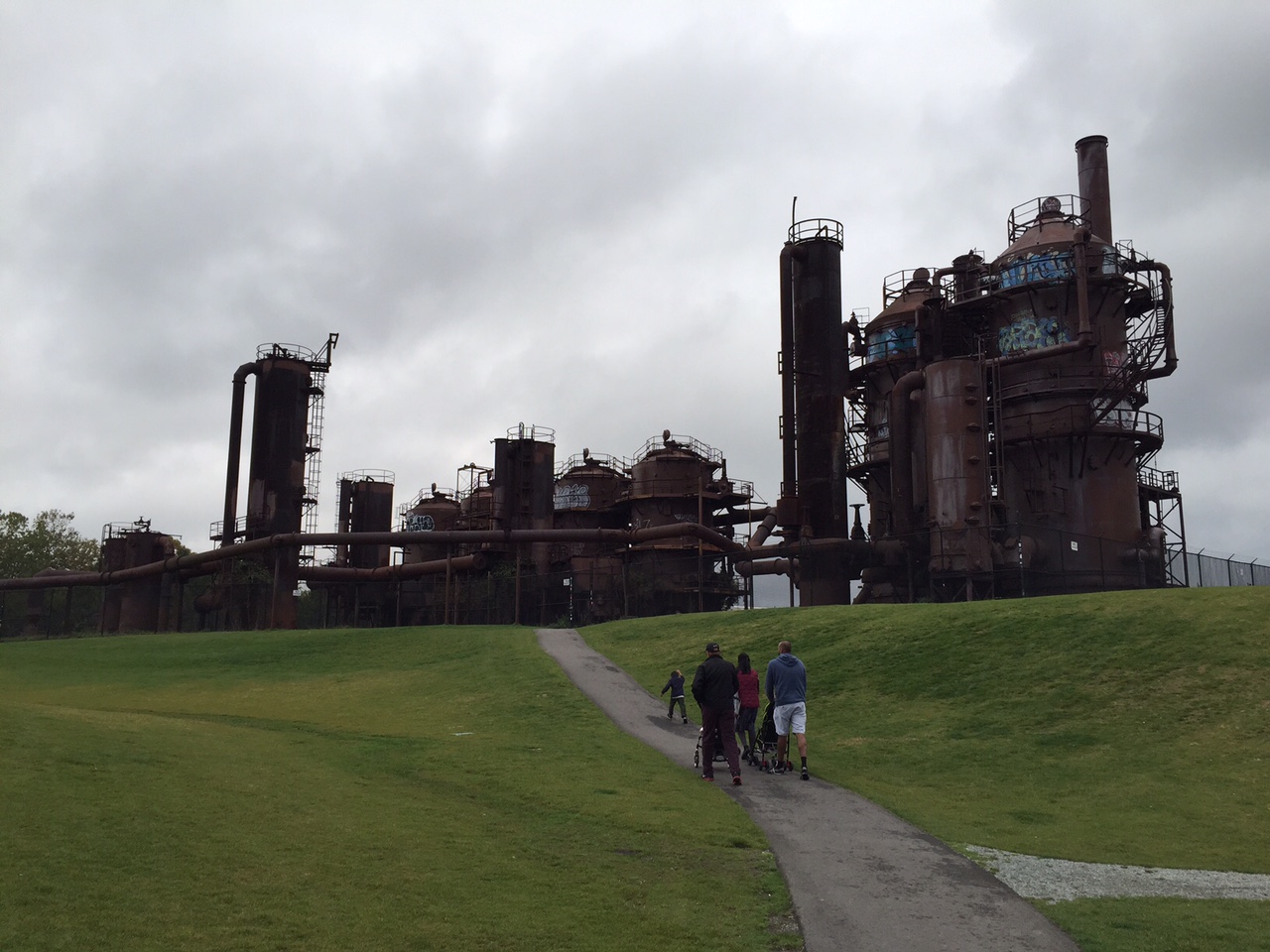 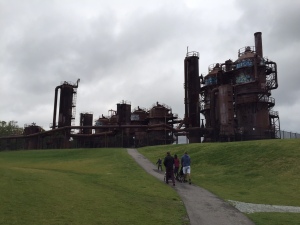 We’re in Seattle this week visiting my husband’s family and fostering some critcal cousin to cousin connection time.  It’s been a little while since I’ve had to board a plane with two children (one still in diapers), and I had forgotten how much packing and schlepping is involved.  One suitcase is exclusively filled with pull ups, wipes, sippy cups, water bottles, and security blankets.  Now I understand how smarte cart makes money at airports!  Even with two adults it’s impossible two manage two children under five, two suitcases, one duffle bag, two car seats, two backpacks, one diaper bag and one stroller without the help of a trusty luggage cart.

My husband realized that we had forgotten a few critical things at home. Thankfully, we were at the airport with time to spare, so he left me with the kids and hand baggage to figure out lunch while he rushed home to retrieve the forgotten items.  About eight months ago, my husband made this same trip to Seattle with both of our kids to meet me at the end of a business trip.  He told me that when he was at the airport, people stared at him in admiration:  a father traveling with two young children in tow.  Many women told him what a great dad he was; many men told him they were impressed he could do this.  Fast forward to today:  I’m wandering around the airport, passing through security, finding and feeding my children lunch, and carrying all the hand baggage and maneuvering a stroller by myself as we wait for my husband to return.  Not ONE person, not ONE said anything.  If at all, security seemed to get annoyed with me for not collapsing my stroller fast enough.

Ok – so what happened?  It was the same situation:  single parent, two kids, tons of stuff.  The only difference is that it was me, the mother, not my husband that was doing the care taking.  It’s funny – on my way home from India last month I sat across from a business traveler who was commenting on how tough it was for one woman he saw in the airport traveling with four children.  I asked him if he saw her traveling with two children would he think the same thing?  He said no, two children is more normal.  So then I asked him if he saw a dad traveling with two children what would he think?  His response:  “Oh wow, that would be impressive.”

*Sigh*  I’m not saying that a dad traveling with two kids is easy – it sure isn’t.  But it isn’t easy for moms either!

Have Kids, Will Work

This site uses Akismet to reduce spam. Learn how your comment data is processed.

Such a kind man, gone due to #covid_19 @floydcardoz we will miss you
#sustainableroof #experiment for #engineering class. This how we now spend evenings @amarravi #homeschooling. 😂😂😂🤦‍♀️
A couch full of #princesses at #umanalini #6thbirthday #party
Getting ready for a 6th #birthday #princess #party
My #lovebug making #greeneggs and #ham #kindergarten
#birthday #lionking